Opulent stairwells are currently experiencing a renaissance around the world, as they fit so well both with the fitness trend and Instagram.

Stairways worldwide are also experiencing a renaissance as a challenging architectural task – after they have been declared dead in recent years or at least degraded to purely functional, overgrown by norms and as cheap to produce residual space. The nature of a staircase has been left to religion in recent years (the Tower of Babel is a staircase), ancient achitecture (step pyramid), cinema (staircase scene in “Battleship Potemkin”) or to music (“Stairway to Heaven”).

Stairs that are almost as old as humanity’s first housing estates and that were once sacrally charged, except for functional purposes, as connecting elements between earth and sky, were considered offensive in the course of modernity. Because they clearly illustrate the hierarchical anti-democratic: thinking in stages and in the categories “above” and “below”. Not to mention the issue of accessibility. At the latest with the invention of the crash-proof elevator in 1853 by a certain Mr. Otis, it was only downstairs either way.

Memories of these concepts still vegetate in the reserve of the building structures. They must exist as emergency or escape staircases, but their existence is no longer due to the yearning for representation or belief in the symbolism of the ladder to heaven, but the fire and the possibility of evacuation.

For a long time, stairs were only considered in connection with catastrophes. As architectures, they illustrate the need for material poverty and formal lack of ideas – and those who have to spend time in them inevitably think of fleeing.

But meanwhile, one meets more and more often red-faced colleagues in the staircases of horror, who seem to be a strangely happy on their crusade from the first (FoodCourt) to the 25th floor (Management).

In fact, they have reason to be happy because step by step, they are working on their aerobic fitness, firmer legs and crisp buttocks. Whether in the home staircase or on the steps in the nearby park – the workout on the stairs is as effective as the gym. Stair climbing is the perfect everyday training.

Cities are supporting this development: In Santiago de Chile, people have been rewarded with music at the “Quinta Normal” subway station for some years, when they take the real steps instead of escalators. If you enter the steps of the staircase that has been transformed into a musical instrument, you will hear sounds like a piano. The stairs should have a lot of traffic.

Not to forget – stairs are always a place for big pictures. The Spanish Steps in Rome, The stairs of Sanssouci Castle or at Grand Central Station in New York. All are perfect scenarios for fit people to take and post pictures. 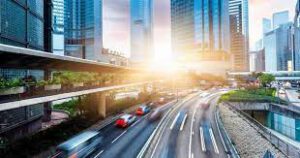 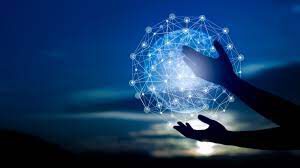 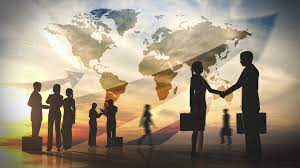 We use cookies on our website to give you the most relevant experience by remembering your preferences and repeat visits. By clicking “Accept All”, you consent to the use of ALL the cookies. However, you may visit "Cookie Settings" to provide a controlled consent.
Cookie SettingsAccept All
Revisit consent

This website uses cookies to improve your experience while you navigate through the website. Out of these, the cookies that are categorized as necessary are stored on your browser as they are essential for the working of basic functionalities of the website. We also use third-party cookies that help us analyze and understand how you use this website. These cookies will be stored in your browser only with your consent. You also have the option to opt-out of these cookies. But opting out of some of these cookies may affect your browsing experience.
Necessary Always Enabled
Necessary cookies are absolutely essential for the website to function properly. These cookies ensure basic functionalities and security features of the website, anonymously.
Functional
Functional cookies help to perform certain functionalities like sharing the content of the website on social media platforms, collect feedbacks, and other third-party features.
Performance
Performance cookies are used to understand and analyze the key performance indexes of the website which helps in delivering a better user experience for the visitors.
Analytics
Analytical cookies are used to understand how visitors interact with the website. These cookies help provide information on metrics the number of visitors, bounce rate, traffic source, etc.
Advertisement
Advertisement cookies are used to provide visitors with relevant ads and marketing campaigns. These cookies track visitors across websites and collect information to provide customized ads.
Others
Other uncategorized cookies are those that are being analyzed and have not been classified into a category as yet.
SAVE & ACCEPT